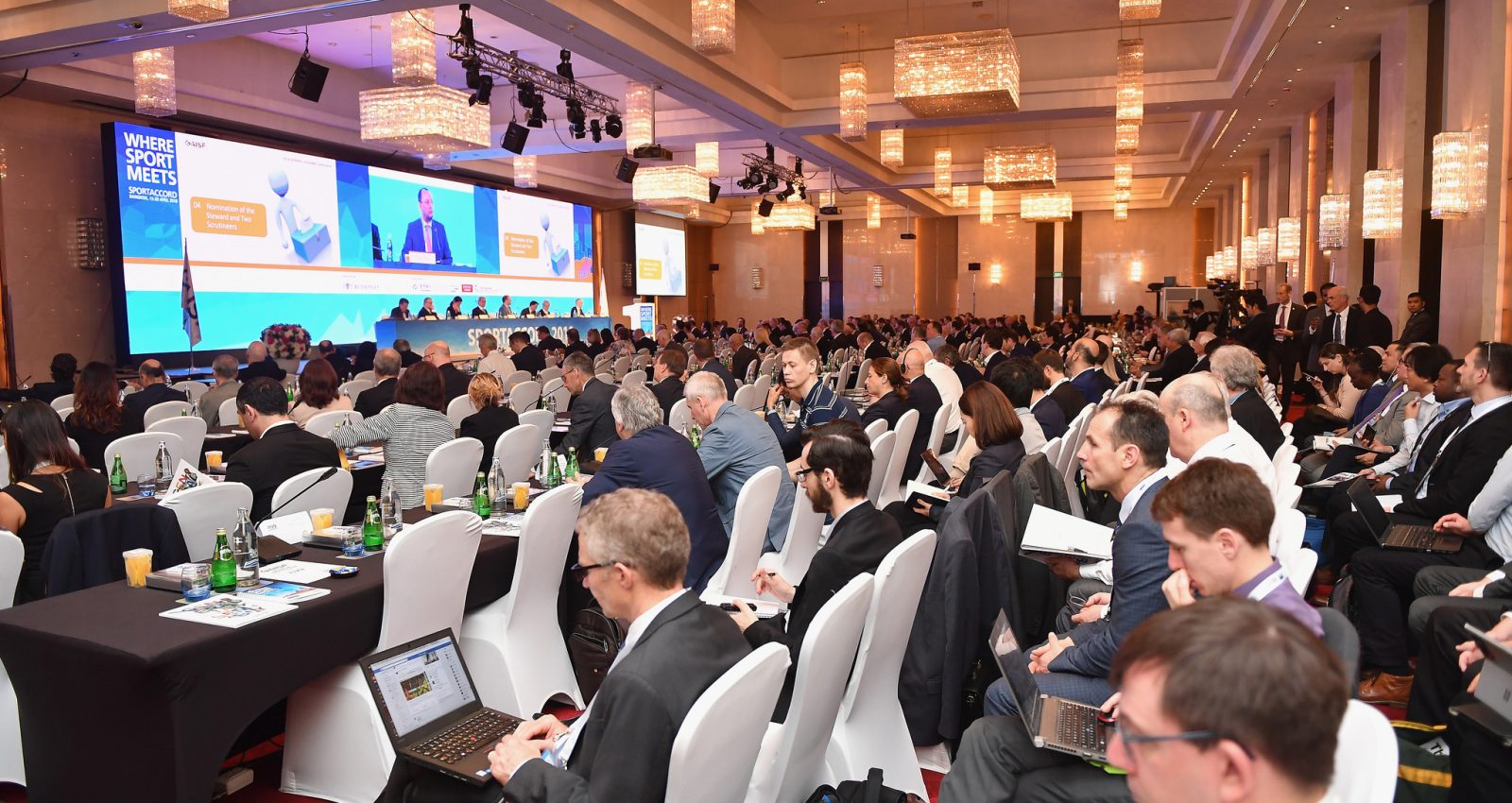 At this year’s General Assembly in Bangkok, Thailand, GAISF welcomed back the International Association of Athletics Federations (IAAF), International Golf Federation (IGF) and International Paralympic Committee (IPC). The World Armwrestling Federation (WAF) became the latest Full Member to join, while the World Union of Olympic Cities and the World Federation of the Sporting Goods Industry were also approved as Associate Members.

The election of three new Members highlights that GAISF is not only reunited but continuing to grow. WAF now becomes the first international federation to progress from Observer to Full Member, following a unanimous election at the GAISF General Assembly in Bangkok, Thailand. WAF, which joined the Observer programme in October 2017 and was recommended for full membership in January 2018, will now join the Alliance of Independent Recognised Members of Sport (AIMS).

Full Membership signifies the global recognition of armwrestling as an organised sport that works in accordance with international standards and is supported by GAISF. Becoming a Full Member also means that a WAF representative is eligible to vote in future General Assemblies.

“This achievement is a clear indication that Observer status, developed and guided by the GAISF Membership Commission, is an effective pathway for emerging federations to progress,” GAISF President Patrick Baumann said. “Through its own hard work as well as advice from GAISF and other international federations, WAF now joins a support network that will continue to support and promote its Members.”

The World Union of Olympic Cities (UMVO) aims to facilitate on-going dialogues between former and future Olympic host cities to ensure that the continued positive impact of the Games is felt around the world. UMVO, which currently has 37 members, supports the discussion of ideas and initiatives that can maintain positive and sustainable change as well as promoting sports and healthy lifestyles, through the legacy of hosting an Olympic Games.

The World Federation of the Sporting Goods Industry (WFSGI) is the leading body for the sports industry and is officially recognised by the International Olympic Committee (IOC) as the industry representative within the Olympic Family. The WFSGI provides leadership and guidance, contributes to regulations management and offers opportunities for training and networking within the sporting goods sector. As an independent and not-for profit association, the WFSGI has over 300 direct members and 5,000 indirect members.

GAISF President marks 200 days to go to Tokyo 2020, looks ahead to a Summer of global sport